A solution to a company’s lack of successors: MBO and MBI

InicioA solution to a company’s lack of successors: MBO and MBI

A solution to a company’s lack of successors: MBO and MBI 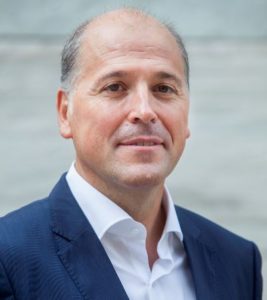 Quite often, when we talk about company acquisitions by internal management teams (MBO – Management Buy Out), external teams (MBI – Management Buy In) or mixed teams (BIMBO – Buy In Management Buy Out), we tend to focus on the acquisition process, on the leverage, on the involvement of private equity funds in the transaction, on the risks taken by the executives –especially for MBOs– and, ultimately, on the aspects related to the financial structuring. However, with this column, I wish to reflect on the role that this type of transactions play in revitalising business projects that, without an MBO / MBI / BIMBO, would have frequently ended up languishing due to the lack of a successor.

This idea came up last week after a meeting with one of the managers involved in taking over Azpiaran (www.azpiaran.es) 15 years ago. He made me think about how an MBO / MBI / BIMBO contributes to the development of the business projects they are involved in. Indeed, in 2006, when we provided the team of executives, Manuel García-Iturri and Alex Ormaetxebarria, with advice on the acquisition of Azpiaran, we had no idea of how far the new shareholders would boost the company.  To translate this boost into numbers, at the time of the MBI, Azpiaran was a local company with only 35 employees and an 8 million euro turnover. Today, Azpiaran has over 250 employees, a turnover of over 50 million euros and plants in Spain, Poland and Mexico. And a powerful development and investment plan for the 2021-2023 period. These milestones would have been unthinkable if the company had stayed with the previous family shareholding, who had the foresight to get ahead of the problem of the lack of successors by several years and promote the family business assets. 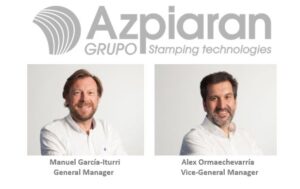 This example of the Azpiaran MBI shows how company acquisitions by management teams (MBIs / MBOs / BIMBOs) give the business project a new boost. And in our experience, this boost is driven by the following keys:

The portrayal of the shareholding and corporate governance as the peak of the organisational pyramid does not reflect the business reality adequately, because there is proof that the shareholders and governing bodies are essentially the base, the foundations on which the entire business project is built. It is clear that companies are a true reflection of their shareholders and board of directors, which means that the problem of the lack of successors and the ageing of the shareholders or directors spreads to the rest of the organisation and the actual business project. It seems obvious that the drive of outgoing shareholders will not be as strong as those who have just taken on the commitment of investing their professional skills and wealth into the newly acquired company that will require a new project.  MBO / MBI / BIMBO operations favour the entry of new shareholders who will bring dynamism to the business project, new goals and, as a result, new demands on the organisation, pushing it out of its comfort zone in many cases.

This key is intrinsically linked to the previous one, given the double role played by the MBO / MBI / BIMBO leaders as both shareholders and executives in the acquired company. One of the characteristics of these operations is that they are led by management teams who place their wealth and professional future in the hands of the acquired company and, therefore, the responsibility of delivering a new project falls on a team who is fully motivated and financially invested in the company’s future.

The MBO / MBI / BIMBO leaders acquire the company for a purpose. This purpose is infused into the new project that seeks business growth and the development of the acquired company’s potential, using its starting position as a springboard.

Going back to the Azpiaran operation, once the MBI leaders had taken over the company, they defined a project based on the company’s growth and international expansion, first boosting the capacity of the existing plants and then applying all their experience to expand to new markets and countries and acquire other companies. All this with the support of financial and strategic partners who helped them develop their plan.  Today, 15 years later, they are executing their 2021-2023 Plan that involves a series of investments to help them achieve an ambitious growth target in this three-year period.

The leaders of an MBO / MBI / BIMBO are executives and, therefore, they have “household” economies. “Household” economies can’t usually afford to acquire a company unless they resort to high-leverage structures and/or invite a private equity fund to take part in the operation.  As a result, the leaders are forced to increase the company’s returns dramatically to be able to face the debt used to finance the transaction and, as the case may be, to meet the high returns expected by the private equity funds.

Therefore, it’s not surprising that MBO / MBI / BIMBO transactions not only solve the problem of a lack of successors, but they often also allow the company to reach a new dimension with the entry of new lifeblood into the project’s management, that is highly committed and has higher return expectations than the previous shareholders given the financial commitments acquired with the suppliers of funds.

Consequently, it all boils down to finding the right management team who will lead the MBO / MBI / BIMBO of a company without successors.  As in many other circumstances, we tend to search for solutions outside when they could be found at home. It is true that the company’s own management team is an obvious candidate to lead the MBO given its members’ knowledge of the business, professional involvement and the way their future career is linked to the business project’s future. And from a pragmatic point of view, it also brings the seller a series of advantages, such as the fact that buyers know the business so well that the sale process is far simpler and they won’t need a due diligence stage or the representations & warranties clauses that are usually made in a sale and purchase agreement.

For companies that don’t have a non-shareholder internal management team or, if they do, it does not wish to get involved in this type of transactions, identifying an external management team who will be interested in taking over a company is indeed harder, but we have a new alternative in the way of the recently emerged “search funds”. These “search funds” are investment instruments promoted by executives who have the financial support of an investment group that finances the acquisition of a single company, where the leader of the “search fund” takes on the management to make it grow and produce the return expected by its investors.

IMAP Albia Capital provides companies with its broad experience in solving the lack of successors by suggesting the best option for the company, whether an MBO / MBI / BIMBO transaction or its sale to search funds, private equity and, especially, identifying the most suitable strategic buyer in Spain or abroad, thanks to our presence in over 40 countries that positions us consistently among the top ten organisations who most transactions close in the middle market segment worldwide and the leader among the independent ones.