”If the decision to sell is made, it has to be done.”

Inicio“If the decision to sell is made, it has to be done.”

“If the decision to sell is made, it has to be done.”

During the IMAP Fall 2022 Conference in Bilbao IMAP Chairman Jurgis V. Oniunas was interviewed by Maite Martinez from El Economista regarding the future of M&A amicurrent market uncertainty and high inflation.

“There are trillions in liquidity to invest, but conditions are going to change.”

IMAP, an organization that advises on mergers and acquisitions (M&A) in the middle-market (transactions up to $500 million) and with 450 professionals and a presence in 41 countries, recently held its international conference in Bilbao, where its Spanish partner, IMAP Albia Capital, is based.

The Chairman of IMAP, Jurgis Oniunas, analysed for elEconomista.es the future of the M&A sector under the current state of uncertainty and high inflation, where he affirms that “large transactions will suffer more” and that high quality investments will be sought. He also predicts the structure of transactions changing in order to reduce investor risk, since “money is more expensive, there is less appetite, and more uncertainty”. Despite this, Jurgis Oniunas is confident that liquidity is not going to disappear, “there are trillions and trillions of dollars to invest, but we are going to see less of it on the market.” IMAP expects to close the year with more than 200 completed deals worth approximately $23 billion.

Why did you choose Bilbao for the IMAP international conference?

IMAP holds two conferences a year, in spring and autumn, and we usually host them in countries where our member firm firms are present. The previous one was in Paris and several years ago in Barcelona. Now it was time to discover Bilbao.

What are the objectives of this meeting?

In addition to discussing the economic situation, the more than 100 professionals from 34 countries in attendance will exchange ideas and opportunities regarding companies and investors from their different markets. IMAP partners know their local business culture and bring to the table opportunities for investments to help develop local industries and companies.

What are IMAP’s operational forecasts for 2022?

We have closed 181 deals worth $21 billion so far in 2022. We are coming off a record year in 2021 in which we completed 294 deals worth $27 billion in value as a result of the COVID rebound. This year we are expecting a more normal total deal count and it is clear from Q4 figures that we are now in a slowdown. The last quarter is when most deals are closed and we expect to reach figures similar to those in 2019, with over 200 transactions valued at approximately $23 million.

A good year despite the context of uncertainty?

We are facing headwinds that make it more difficult going forward: high interest rates and inflation above 8% due to rising energy, food and housing prices. Bringing inflation down is going to take time and central banks will try to get it down to 2% by the end of 2023. It’s a very painful process which will destroy demand, which will be felt most by the small and weaker companies. We have to help our customers through this.

What are the expectations for the sector in 2023?

It will be a tough year. Apart from limiting demand to reduce inflation, central banks will withdraw money from the system. If you reduce liquidity, there will be less investment, the credit markets will have less money and companies will have less access to credit and finance for M&A transactions, etc. It will affect large transactions in particular. IMAP operates in the middle-market, up to $500 million in transaction value, and this market is going to be affected. But we also have a lot of deals that are between $20 million and $50 million, which won’t be as affected by the decrease in liquidity caused by inflation.

Are deals going to be slowed down by a lack of capital to invest?

No, there are trillions and trillions of dollars of liquidity that is not going to disappear, but you are going to see less liquidity. Private equity and others have a term to invest and are going to put their money to work, but the conditions are going to change: there will be operations, but they will be orientated towards high quality transactions and the structure will change. Due to the uncertainty and to reduce risk, there will be more cash payment and future co-payments conditioned by the evolution of the business. In addition, we come from a time when there was a lot of liquidity and a lot of appetite to invest that has generated a valuation bubble. Now that will change, because aside from the fact that money is more expensive, there is less liquidity and appetite, and more uncertainty in the market, which will cause valuations to fall. There is a mismatch between the seller’s expectations and what the buyer is looking for in an environment intent on reducing risks and finding alternative structures.

What investments are people looking for?

Investors and strategic buyers are looking for companies that have a strong balance sheet, cost control and a strong supply chain, among other things. This does not necessarily mean that these quality companies are for sale, but they are the type that are of interest.

What advice would you give to those who want to sell, but are currently holding back?

It never seems to be the right time, because even when you are earning more it’s not the right time either. If the decision has been made, you have to adapt to the circumstances because in a year’s time things could be better or worse. You have to go to the market, see who is interested and structure the operation in a way such that both parties are comfortable: you have to bridge the gap between what the buyer wants to pay under the current uncertainty and the price the seller wants. And that’s where we come in, to help structure the best option.

What has been the longest, the shortest and the most unusual transaction in IMAP’s history?

The longest took eight years, with three negotiation processes for the sale, three due diligences, and three investors, until we found the right fit. The shortest was six months, because the process cannot be shortened any further. As an anecdotal case, we have a U.S. partner whose client had received an offer for $25 million and he wanted to sell for $27 million. Following extensive investigation, the partner concluded that the company was worth $100 million. A year later, the deal went through for $360 million. All this in what was a record year. No M&A deal is simple and they are all different. That is what makes this sector so interesting. 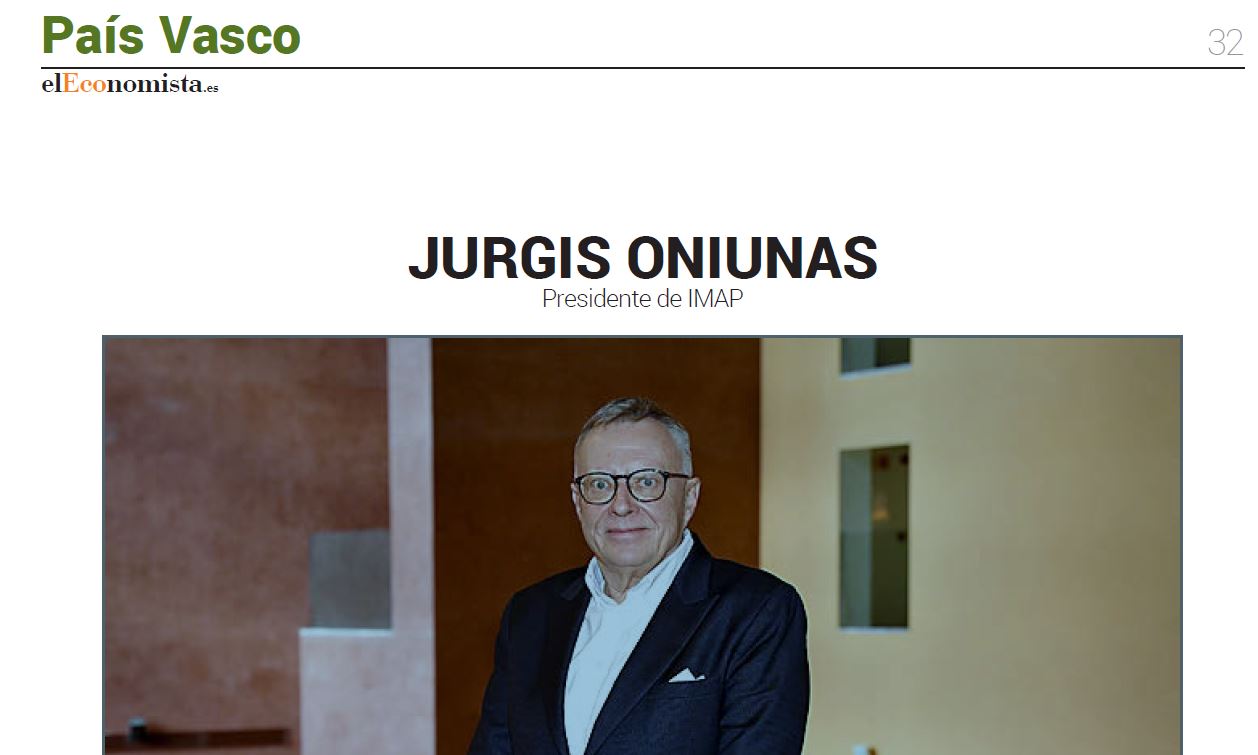