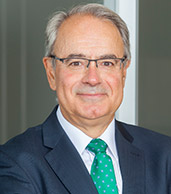 Elías Martínez in The Economist EleconomistaDic18EliasMartinez

The market is keenly aware of the number of small companies and their need to grow in size in order to be more competitive and thereby achieve success in an increasingly global economic context.

In Spain in general, and in the Basque Country in particular, we have a good number of medium-sized companies with technological capabilities and industrial resources whose strategies for growing in size include the possibility of acquiring other companies.  Few, however, actually go through with it and even fewer do so successfully.

There are different reasons for not implementing such a strategy, although one of the main ones is the lack of financial resources. This is due to the fact that they have not devised an adequate financing strategy to attain the desired target.

Such a strategy must take into account all available resources, including traditional (capital and reserves plus bank financing) and alternative sources, for a more sophisticated and innovative financing model.

What are alternative sources of financing and how are they used?

Traditionally, the only sources of financing for SMEs in Spain consisted of the company’s own capital and reserves combined with bank loans. Bond issues and other alternatives were reserved for large corporations with an investment grade rating, generally Ibex 35 companies.

Following the economic crisis of 2008 and starting in 2012-2013, foreign private debt funds began to arrive in Spain, offering direct financing to companies as an alternative to the scarce bank financing that was available at the time, with more flexibility (although also more expensive).

At the same time, the Alternative Fixed Income Market (MARF) was being promoted by the Ministry of Finance with the aim of becoming a reference market for the financing of medium-sized companies through corporate bonds. The MARF has had approximately 40 bond issues to date.

In addition to Debt Funds, the main financing alternatives available to companies are as follows:

They are generally issued for 5-7 years, at rates ranging from 4% to 7.5% for amounts over 15-20 million on the MARF and Euronext exchanges.

The terms are usually between 4 and 7 years and the rates are generally higher than those of corporate bonds, depending on the level of risk. They require due diligence and amounts can range between 5-10 million euros.

The growth strategy through acquisitions must be accompanied by a financing model that specifically allows it to be carried out without conditioning the financial structure of the business itself. The chances of securing funding are currently very good as there are multiple channels and providers of resources looking for projects in which to invest.