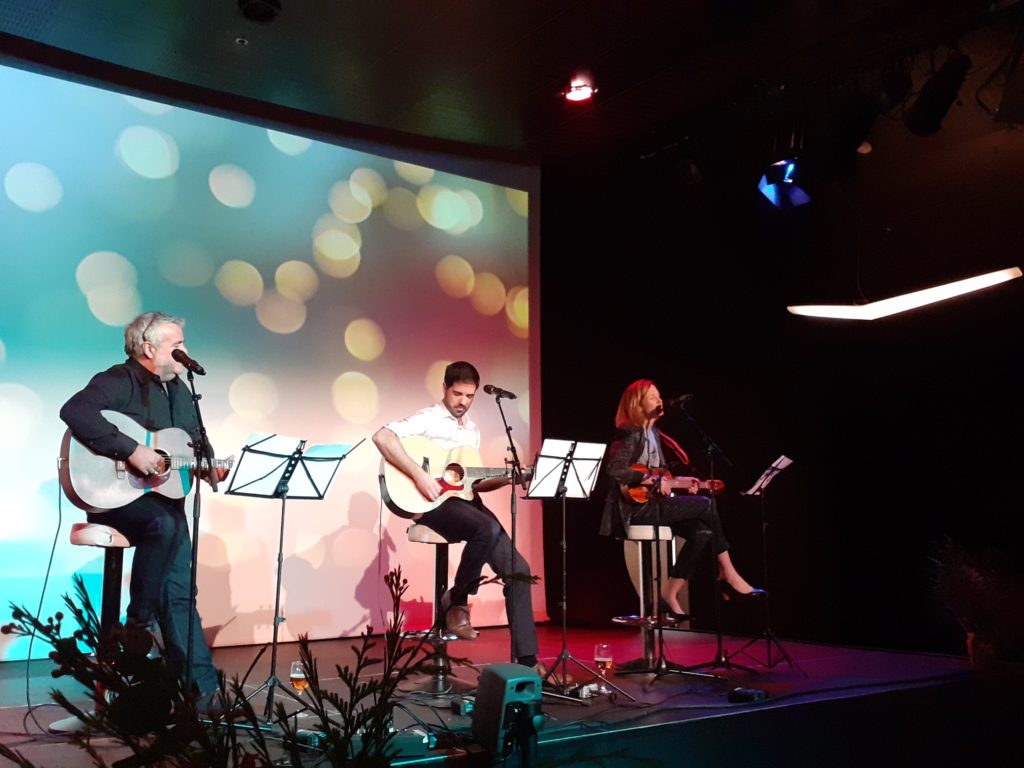 Barcelona, 17 December 2019. Now in its 2nd year, Albiacoustic, hosted by IMAP Albia Capital, IMAP’s exclusive M&A advisory in Spain, is fast becoming the musical event in Bilbao that every Company Director wants to be invited to.

Priding itself on its team and client relationships, IMAP Albia Capital, says “its client’s success is its own success”. With music a shared passion amongst the team and looking for a different way to connect on a deeper level with its clients, Albiacoustic was born. Now a recognized brand in its own right, it enables clients to engage and network, whilst having fun. With 130 attendees, a 30% increase over last year, the positive response to this unique approach is clear.

The event, held in the Sala Cupúla at the prestigious Campos Elíseos Theatre in Bilbao, was kicked off by Fernando Cabos, Partner at IMAP Albia Capital. With the firm celebrating its 15th anniversary, Fernando described the firm and indeed, the M&A market’s evolution during this time, overcoming challenges such as the 2008 crisis. He also provided an analysis of 2019 and set the scene for 2020, detailing expectations for the M&A market.

William Gutiérrez, vocalist and guitarist of renowned and chart-topping Bilbao rock trio “Los Brazos” then took to the stage, proving a great hit. Much to the clients’ surprise and delight, IMAP Albia Capital’s very own Associate, Pablo Gomez, alongside his father, Montxo Gomez, with their band “Father & Son” then played a set, followed by the firms Marketing Manager, Irache Estebaranz, who sang several songs.

In keeping with the artistic theme of the evening, there was also an art exhibition, with works by Miguel Martínez on display. Miguel, who currently works at a financial firm, is in fact, the designer responsible for the Albiacoustic brand logo.

Attendee, Alex Ormaechevarria, Vice-General Manager of Grupo Azpiaran, said: “It was very original. Owing to the musical atmosphere which was unparalleled – a result of IMAP Albia Capital’s very own, Irache and her debut act, alongside that of experienced duo “Father & Son” comprising her colleague Pablo and his father Montxo – we shared a pleasant evening, with good wine, amongst good friends – of which Albia increasingly has more. This event is a must in the yearly event calendar.”

IMAP is an International Mergers and Acquisitions Partnership, with 450 M&A professionals and a presence in 40 countries. IMAP has closed over 2,100 transactions valued at $90 billion in the last 10 years and is consistently ranked among the world’s top ten M&A advisors for mid-market transactions (Thomson Reuters). www.imap.com”